How cults recruit via Internet

Fecris is an umbrella organisation for European NGOs informing and researching on manipulative cults. Yearly, international conferences are organized. This year’s theme was: “Cult undue influence and social networks”. 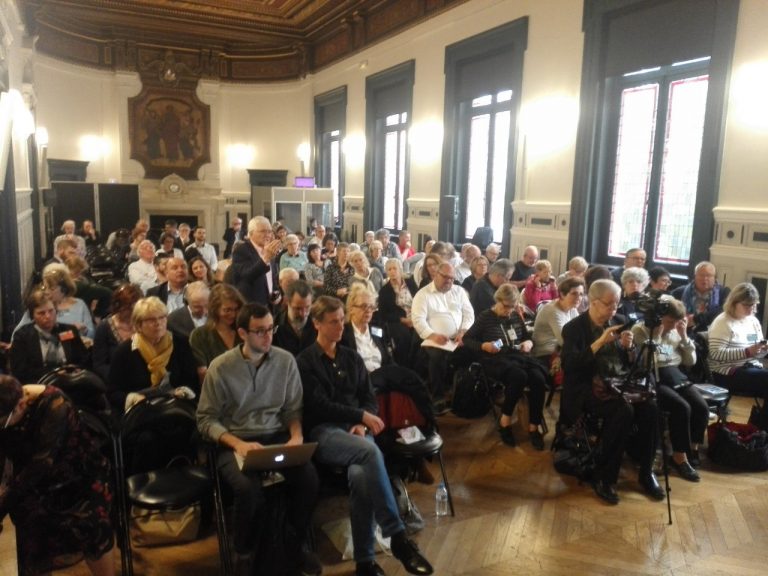 Fecris (www.fecris.org ) was founded in 1994, in Paris. It’s a non-political, non-commercial, religiously and political neutral European organisation, under French law. FRI-Sweden has been a member since the beginning. What started out as gathering a rather timid group of countries, has, just as the EU, expanded to include a vast number of countries, either as members or correspondents.

Conferences are organised in different countries every year. This year, 17 May 2019, it took place in Paris third arrondissement’s town house. The Mayor received us in this grandiose palace. Interpreters as well as speakers were present together with an attentive audience. As Fecris always gives priority to cult victims, no cult leaders are accepted to these conferences that are free of charge. 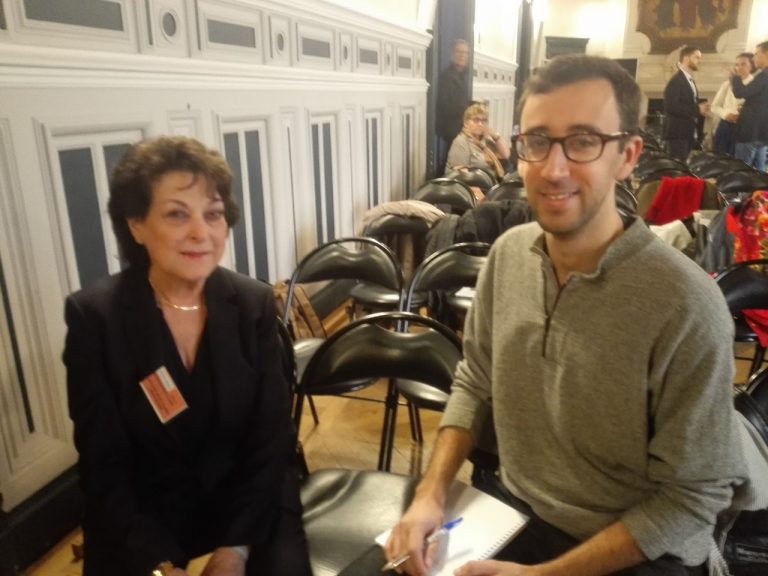 The French Prime Minister’s representative for MIVILUDES (the French ministry informing about cultic organisations), Ms Anne-Marie Courage, talked about some of the dangers with social media’s spread of fake news, right-wing extremism, charismatic evangelists, miracle- and health-gurus and Islamism among others. According to her, the difference between Internet recruiting and door knockings for example, is that because of Facebook, Twitter and YouTube, it’s much easier and faster to recruit young as well as older individuals. Victims are lured to think that they are “special” and false promises give them a sense of intimacy. Parents and loved ones are often ignorant of what goes on behind the computer screen.

This is exactly what happened to the Spanish minor, Patricia Aguilar, who was manipulated, drugged, sexually abused, famished and beaten by the so-called “spiritual” leader, Steven Manrique, from Peru. “The Prince”, as he was called, lured his victims, only women, that he was “sent from God” to “help them”. Even children as young as three years old to ten years old, were given a Peruvian drug, Ayahuasca, instead of proper food! Patricia joined the group in the jungle when she was 18 and got pregnant with the “Prince”. He never worked, but put the women to work and Patricia had to look after the other children. After more than a year, living in terrible conditions in the Amazon, some neighbours, alarmed by screams, called the police. The “Prince” was arrested and sentenced to 20 years in jail.

Professor Fabien Girandola, from the University of Aix-Marseille, explained how this manipulation operates via Internet. According to him, there are two ways of persuasion: one is fast and automatic, the other one is slow and reflective. Social media uses exclusively the first one, as its users are pushed to instantly “like”, share, and to become part of a group of people who share similar thoughts, or rather feelings because these take predominance over the intellect.

Algorithms have been constructed to serve this purpose, we were told by the blogger Tristan Mendes. The more one clicks and “likes” something on the net, the more similar information one gets. This leads to one-sided reports. Instead of reading from different sources and then making up our minds about a special matter, we are fed by articles that only reinforces our own ideas, or biases. Right wing as well as other extremist organisations have understood the system and use it very diligently. They are specialised in MEMEs and GIFs that only a few hipsters and their own adherents understand the true meaning of, as these represent special codes.

What is our response to this phenomenon? Is there a “cure” against manipulation? A vaccine? Researchers are working on it and social media is trying to counter and stop fake news, hate and radicalisation. Journalists are doing their part, infiltrating manipulative groups to inform about their whereabouts. However, one of the most effective ways might be to teach schoolchildren about how to avoid being lured in the first place.

That’s what the Ministry of Youth in Bad-Wurtemberg, in Germany, has started doing in their schools. Its representative, Ms Mirijam Wiedemann, explained how the program works. Conspiracy theories and false news have always existed but they have spread exponentially these last 20 to 30 years she told us. To try to come to terms with this phenomenon, schoolchildren as young as ten years old, are taught a basic course in media. Among others, they are instructed how to invent their own conspiracy theories and how to spread these. Their comrades then have to find out whether these are false or true news. It’s apparently quite a successful training.

All speakers agreed about one thing though: what these manipulative organisations predicted on the Internet had nothing to do with reality. We also know that so is the case with the radical Islamist organisations that are very active and skilled at recruiting on the net.

How many, ignorant, idealistic youngsters haven’t travelled to Syria, recruited by ISIS only to be faced with a different reality than the one they were promised, once there? A reality, which consequences many of us have to face nowadays and that Western governments don’t know how to handle. There still doesn’t exist a unified European de-radicalisation project. It might be time to start to consider one, as there is both dire need for it and expertise to be found. And why not follow the German example and teach all our schoolchildren the basics of fake news and manipulation to counter the dangers of indoctrination?